This is probably truly not of general interest to anyone except old movie buffs and Mad Men fans, so if you're neither, feel free to skip it.

If you think about a postwar character, a handsome, modern, alienated sort of man, one whose dark moodiness occasionally gives way to a smile that masks an inner sadness, you may think of Don Draper. As I was rewatching The Best Years of Our Lives a few weeks ago, it struck me that the actor Dana Andrews is the prototype for this character.  Like Don Draper, he's a creature of the time he's been born into yet always distanced from it. 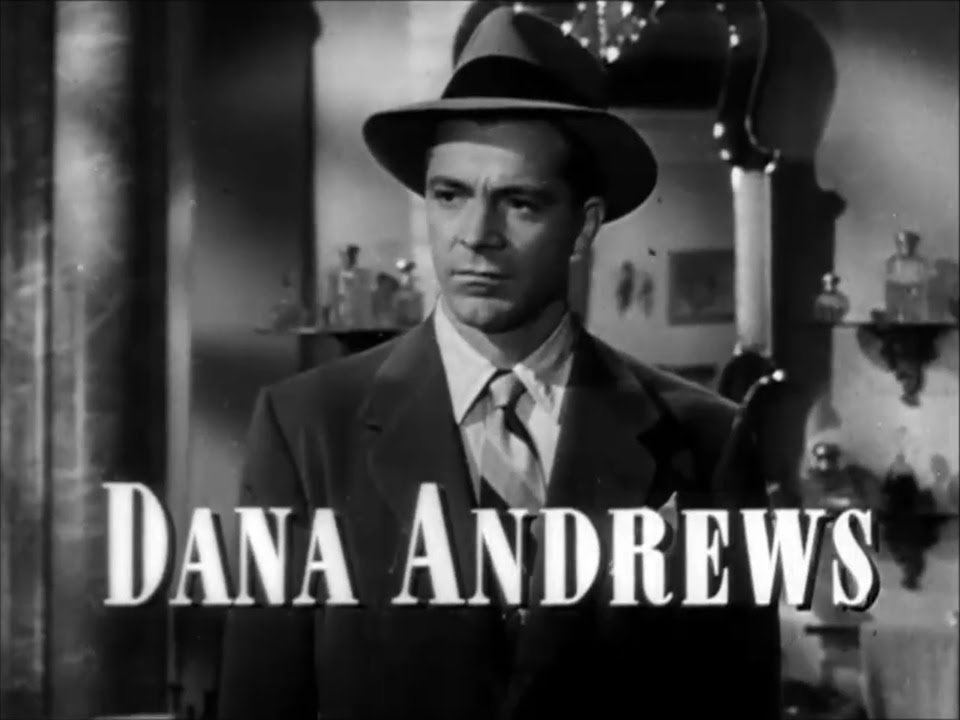 Andrews is probably best known as the detective in Otto Preminger's famous noir Laura, where he's a detective in the Raymond Chandler Lite mode--that is to say, cynical, hardboiled, with a few light wisecracks masking a serious attempt to get at the truth. This film defines the Andrews persona of the haunted man: here, what haunts him is a portrait, but elsewhere, there are other memories that haunt him.

The part that Andrews pays in The Best Years of Our Lives is that of a returning war veteran whose high status as an officer disappears once he returns. The only job he can get is his old job, as a soda jerk, in a drugstore that's undergone a corporate takeover. He seemed to have everything--good looks, status, a bombshell of a wife (Virginia Mayo)--but now there's no place for him in this world. His skills as a bombardier are obsolete. Earlier, we've seen his PTSD, nightmares of a fire on a plane, a dream that he apologizes for. One of the movie's themes is that no one wants to remember the war, now that it's over, but that those who lived it can never forget.

Near the end of the movie, Andrews  sits in the midst of an airplane graveyard, surrounded by the junked metal that a postwar world doesn't need.  He sits in the nose turret of one of the junked bombers, hearing the sounds of the bombing missions he made and realizing that he's also one of the nation's discards.

His reverie is broken by a voice from the future: the foreman of a construction crew that's turning wrecks into prefab housing. If he wants to live, he has to forsake the past, abandon his old identity, and start a new life. There's a happy ending of sorts for the film, but that haunted look is there to stay, along with the inner torment that inspired it.

In my biography of Dana Andrews, his daughter Susan makes the comparison between her father and Don Draper. You are right on the mark.

Thank you for stopping by! I've ordered your biography and am looking forward to reading it.

Dana Andrews is an underrated performer, I think.

(I couldn't believe that I had missed Dana Andrews's hunkitude. Swoon!)

Historiann--the more I watch Best Years, the more impressed I am with all the things it gets right, including disability issues.

I have recently read Carl Rollyson's book, and find the comparison between Draper and Andrews' persona quite amazing. I believe it has been said by Rollyson and Susan Andrews, Dana's daughter that if a biopic is ever done, Jon Hamm should play Dana Andrews. I agree!