And a partridge in a pear tree: summing up a sabbatical semester 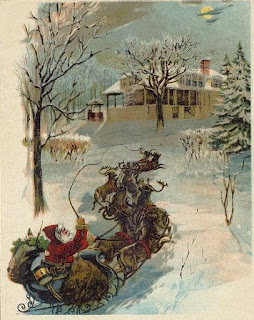 In the comments on the last post, Gwinne had asked about what I'd done with my time on sabbatical.

Reading all the Facebook, blog, and Twitter posts about people grading sent me into a little tailspin last week, to wit: "What have I done? My sabbatical is half over! I haven't worked on my main sabbatical project! I have failed!"

This had two results:

2. Grumpiness and chocolate for a day.

Then I decided to look at the data.

In short: 3 articles submitted, 3 conferences, 1 invited presentation this fall. Since the beginning of 2016, although I wasn't on sabbatical last spring: 7 conferences, 3 grant proposals, and assorted conference proposals. According to the Excel sheet, 73,000 words this year, give or take a few, although some of those are repetitive because they count proposals, though not article or manuscript reviews, letters of recommendation, or tenure reviews.

And a partridge in a pear tree.

How has sabbatical affected this whole process?

1. I wanted to work on those articles and felt desperate to work on them and to get them out, although I'm behind on some promised work. I prioritized the articles, because during my last sabbatical, I concentrated on the promised work and got absolutely nothing else done.

2. Those articles made me feel as though my brain were alive again, and working on them felt fairly transgressive. For one of them, I've already received a rejection, but it was so lovely and encouraging ("excellent but not a good fit for us") that I immediately sent the piece to the journal suggested by the reviewer.

3. In life changes: because of being home, I've gained some weight, yes, and certainly didn't need to. It's my own fault, though, for stress eating when bored or frustrated with writing.

Since the weather now and for the foreseeable future is best described as "ice everywhere," it's tough to get out to do the kind of roaming around on foot that I do during better weather. I'm trying to make more of a commitment to get to the gym and to be mindful about what I do eat.  Also, since I have to cook for the family every night, I can get more of what they like to eat that I'm indifferent to eating (like rice), which will help.

The priority now has to be the promised work, the sabbatical project(s) and associated travel, and getting some motivation back.