From David Brooks's column on Hemingway's house in Cuba, with commentary in italics (I know it's David Brooks, but give it a chance):

1. When you see how [Hemingway] did it, three things leap out. The first is the most mundane — the daily disciplines of the job. In the house, there is a small bed where he laid out his notes and a narrow shelf where he stood, stared at a blank wall and churned out his daily word count. Sometimes it seems to have been the structure of concrete behavior — the professional routines — that served as a lifeline when all else was crumbling.

Worth remembering, those "daily disciplines of the job." This has been a tough week at Northern Clime, but the routines--even writing when I could manage it--have helped.

2. Second, there seem to have been moments of self-forgetting. Dorothy Sayers has an essay in which she notes it’s fashionable to say you do your work to serve the community. But if you do any line of work for the community, she argues, you’ll end up falsifying your work, because you’ll be angling it for applause. You’ll feel people owe you something for your work. But if you just try to serve the work — focusing on each concrete task and doing it the way it’s supposed to be done — then you’ll end up, obliquely, serving the community more. Sometimes the only way to be good at a job is to lose the self-consciousness embedded in the question, “How’m I doing?”

Dorothy L. Sayers has a good point. Ultimately, you have to write what you think or know or believe is true, which is what Hemingway always talked about--"the true gen." You have to do what's right and focus on the task at hand even if some necessary unhappiness results. "Serve the work."  You're not going to be applauded, but if you're protecting others, or your work, you need to keep going.

And if others don't like what you're doing or writing, think about it: what's their perspective or interest? Where are they coming from? Is their opinion valid, relevant, and ethically in tune with what you're trying to do? Do they wish you and your work well, or do they have a different agenda in mind?

Maya Angelou once said,  "When people show you who they are, believe them." Their response to your work or your actions is conditioned by who they are, just as yours is. Believe who they are, and consider whether the power you're giving them over your words or actions is warranted.

3. Finally, there was the act of cutting out. When Hemingway was successful, he cut out his mannerisms and self-pity. Then in middle age, out of softness, laziness and self-approval, he indulged himself. But even then, even amid all the corruption, he had flashes when he could distinguish his own bluster from the good, true notes.

Flashes, yes, although there's still a lot of bluster and self-pity in some late Hemingway. What he seems to have hated is that for stretches he couldn't distinguish the false from the true or, even worse, when he knew what he was writing was false and couldn't write truly (a Hemingway phrase). Valerie Hemingway's Running with the Hemingways gives a good account of some of those last years, when it seems that no one dared to stand up to him. Standing up to Hemingway might have made him unhappy, but it might also have resulted in better and truer work.

Edited to add: And here's all you need to know about Mr. Morality, David Brooks: https://www.chumplady.com/2019/04/david-brooks-can-bite-me/
Posted by undine at 8:41 PM 3 comments:

What happens every spring? No, not baseball. No, not daffodils, although they happen, too.

Spring, and especially the end of the semester, is the time when otherwise sensible and rational academics get. . .touchy.

Letters and petitions flourish about matters that a face-to-face conversation could solve. Sides are chosen and colleagues demand that you join them or else be held accountable for not caring enough.
Escalation becomes the norm, and old injuries, real or perceived, are brought out for their annual airing. It's a springtime Festivus.

I'm not talking about the social issues that are genuinely causes to protest, but rather things like "how come the professors on one floor get green staplers and we have to settle for red ones?"

I'm exaggerating, of course, but I get caught up in this, too.  A few years back, I recognized that it's a pattern and now earnestly try to keep my mouth shut and, if that doesn't work, to "take my hands off that" problem.

Have you noticed this, or is it just my end-of-semester crankiness clouding my judgment? Or should we be more attentive to these issues all the time instead of just in the spring?

Does luck play a role in academe? Absolutely.

At The Chronicle, "Do You Know How Lucky You Are?" asks that very question. (It's behind the paywall, unfortunately, so the first piece of luck would be actually getting access to the article.)

The author, Robert H. Frank, explains that if John Cusack and Matthew Broderick hadn't turned down the role of Walter White on Breaking Bad,  the world might never have gotten the chance to see the brilliant performances that Bryan Cranston gave in that show.

Frank, a tenured professor, says that luck played a large role in his life as well, from being hired as part of an unusually large cohort of tenure-track faculty at Cornell to the success of his publications. As one proposed essay collection falls through, he submits the essay to one of the most prestigious journals in the field, and it's accepted. He extends the argument in another essay, sends it to another prestigious journal, and bingo, it's accepted, too.

Maybe you send an article on, say, the aesthetics of lawn-mower blades to the Journal of Lawn-Trimming Aesthetics and the editor has just said to him/herself, "You know, we haven't done an issue on trimming tools for a while."  Is that luck, or is it the zeitgeist, or maybe both?

Or you meet someone at a conference who happens to be putting together a collection.

Or your manuscript is turned down by one press only to be published by a better one.

Of course, Frank only talks about good luck, not bad luck.  I still wonder what would have happened way back in 2007 if I hadn't been rushing off to class when Major University Press contacted me. About what, you ask? I never found out.

Can you think of times when luck played a part in your career?

The Masked Avenger: an extension of "A Good Little Girl"

I was blown away by xykademiqz's fabulous post "A Good Little Girl," which I had somehow missed the first time around. Go read it. You won't be sorry.  Here's the heart of the matter:

nicoleandmaggie point out in the comments that women do this because study after study shows that they are punished more for not doing all the extra service, etc.

Now, this is hypothetical, because all my colleagues are and have ever been lovely human beings, but I've alluded a few times here to those who would impose, if possible, by making excessive demands for service, or would make life complicated because they are very special and shouldn't have to answer emails, or would, in an "office commons" situation, manage to be so unpleasant that others would give in just to shut them up. (We have offices at Northern Clime, so this is truly theoretical.)

But there is hope because there are Masked Avengers out there, and I am one.

The Masked Avenger is a senior-in-rank person who wants to see justice done. Ze is not going to be bullied, in part because ze is senior and has no more--well, you know--to give. Ze is unimpressed by rudeness, even by "God, PhD."

And the Masked Avengers are on a mission. They--I--want to see equity and fairness, even in the petty things, where often times unpleasant behavior pays off when people give in so that the unpleasant person will shut up and go away.  They take it on so you don't have to, maybe taking on administrative or service tasks that allow this protection of juniors to happen.

We Masked Avengers can't make your life massively better, because we don't always have that power.  But we are out there, and we are legion, and we have your back. 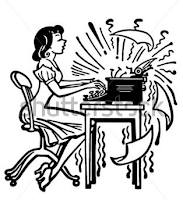 Ms. Undine has never quite understood this.  Mark Twain said (in Pudd'nhead Wilson) that on this day we're reminded of what we actually are during the other 364, but that's not a good enough reason.

Frankly, Ms. Undine thinks that the computer manufacturers play enough pranks on us every year, making us play hide and seek to find the features we depend on with each new iteration of software (looking at you, Microsoft Office) and with each new version of hardware (looking at you, Apple.  I have enough Mac dongles to make myself a hula skirt by stitching them together, and you just introduced a new connector?). If we had one "stable computer day" every April 1, now there would be a holiday to celebrate.

As for the other pranks: well, apparently human beings love humor better if it is crude and/or cruel, which is why we invented the internet after we made bear-baiting illegal.

I think you are a hypocrite.  After making fun of the awesome Cue Cat, you bought one recently. Why?

Because all the lovely commenters on that post said it would be good for LibraryThing, that's why.  I haven't tried it yet, but I have already rounded up little catnip toys for it to chase.  It's the only non-rectangular thing on my desk and is already a fine distraction. Go Go Gadget Paws!

You write about mid-century male writers sometimes.  What did you think of Gay Talese's recent comment that he couldn't think of any women writers that inspired him?

You should only be one of those (outraged), because how could you be surprised?

Ms. Undine admits that she had classed Gay Talese in her mental memory bank as a 1960s Esquire writer, sort of a ring-a-ding-ding generation Jonathan Franzen, who wrote something about wife-swapping way back in the day. He was brought up in a generation when it would have been a manly point of pride not to have read any women authors, and a look at his Google books just now suggests that that hasn't changed much.

In other words, Ms. Undine thinks this is a tempest in a gin bottle.  She recommends that women writers forget him right back and quit worrying about it since  there are bigger fish to fry, like this year's VIDA count.
Posted by undine at 8:29 PM 4 comments: