Schadenfreude or woman-hating? Naomi Wolf and the big mistake 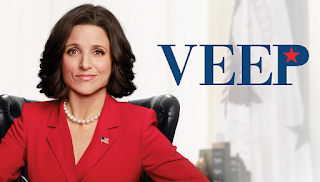 2/26/21 Naomi Wolf is even more bats**** than you might have thought. Forget I ever said to give her the benefit of any doubt.

Content warning: False, crazy conservative lunacy about "nanopatticles" (sic). All I know is that if Apple can do this plainly bananas thing (spoiler: they can't), (1) people will be lining up to go and (2) it will cost $2000 more than the competition, because Apple.

Forget what I said. This idiot (Naomi Wolf) has just once again proven that she’s a complete tool by protesting protective measures in the midst of a pandemic, and she deserves no attention or grace at all. None.
First, I already know this: #notallwomen

But Selina Meyer, the hilariously foul-mouthed VPOTUS on VEEP, had this to say when her staff tried to get her to say what she thought "as a woman":

“No, no, no, I can’t identify as a woman! People can’t know that. Men hate that. And women who hate women hate that, which, I believe, is most women.”

You watch VEEP and you like to think that she's kidding.

And then Naomi Wolf, who goes by @DrNaomiWolf [now naomirwolf] on Twitter, makes a gaffe, and you see what happens.

Now, I hold no brief for Naomi Wolf, whom I've never read or even read about except for seeing her name. I probably should, but I don't. Sue me.

Anyway, today she made a mistake.

Short version: in an interview with the BBC to promote her new book, which argues that the number of gay men executed for homosexuality was undercounted in the 19th century, the interviewer, Matthew Sweet, called attention to her misunderstanding of a term:


When she went on BBC radio on Thursday, Wolf, the author of Vagina and the forthcoming Outrages: Sex, Censorship, and the Criminalization of Love, probably expected to discuss the historical revelations she’d uncovered her book. But during the interview, broadcaster Matthew Sweet read to Wolf the definition of “death recorded,” a 19th-century English legal term. “Death recorded” means that a convict was pardoned for his crimes rather than given the death sentence.


Oops. But the discussion that I saw unfolding on Twitter was gracious, with Wolf acknowledging her mistake and Sweet being gracious in return.

It was altogether a model of how to behave. Yes, bad scholarship needs to be corrected. Yes, we need standards. I agree.

I used to read Flanagan in The Atlantic, so I wasn't exactly surprised, but somehow this ad hominem attack confirmed that she had drunk the Internet hatred Kool-aid.

You get used to attacks, from the ridiculous faked video of Nancy Pelosi that right-wingers created and that Facebook won't take down, to the "likability" test that has people, chin in hand saying, "Hmm, that Elizabeth Warren. Did you know that she wants to make money? You just can't trust a woman like that."

Maybe Wolf deserves to be dragged in this way for reasons beyond bad scholarship. Don't know. Can't say.

My point is this, though: Could we please stop proving that VEEP is as accurate with its bleakly hilarious view of who hates women (everyone) as it is about how the political system works?

Updated to add: Just read this about Naomi Wolf's career of truthiness and, okay, I get it now.
Posted by undine at 4:49 PM 3 comments:

First question: Did you know that The Chronicle's Forums feature was going away? It is.


The Chronicle is moving to a new set of technologies to power Chronicle.com. While there are many upsides to that change, one downside will be the loss of support for our forums. The software that powers these forums is about a decade old, and we won’t be able to continue them after we upgrade to our new technologies. Those changes are scheduled to take effect in the fall of this year."

Second question: Do you care that the Forums feature is going away?

I kind of do, actually.

The Forums had some good advice, especially on jobs and teaching. I never posted there, but I did read them sporadically over the course of many years and even got to recognize the personas of the various commenters there. Yes, they were a clique, and they could be less-than-welcoming to newcomers, but they did have information.

The comments had been going down in number and relevance over the past year or two, probably because of some shakeup that only the regular readers were privy to and possibly because they'd already answered the questions that people had x1000. How many times can you tell people "Apply for the Damn Job (AFTDJ)" or tell them that search committees take forever to reach decisions? It was valuable, though.

Occasionally they'd refer newbies to the search feature, which was so beyond terrible that I referred to it here one time as a Ouija Board rather than a search feature. Tell the truth: have you ever been able to find Ms. Mentor on the site except by accident?

The Chronicle's move is probably part of the broader trend toward getting rid of comments; IMDB did it, remember, and so have most newspapers. On sites with comments, the Internet is like a Mr. Hyde Kool-Aid that people drink to release their vicious, base, and uncaring selves. You can supply your own examples without too much trouble.

Every place now wants to move the discussions to Facebook, the better to enrich Mark Zuckerberg and track our data for our overlords. But not everyone is on Facebook, and if we are, we know we probably shouldn't be.

(Side note: Facebook is the Diet Coke of the Internet. We know it's bad for us--heck, a guy at Costco the other day said "that stuff is terrible for you!" as I loaded a case into the cart--but we can't quit it entirely.)

Anyway. As each online space rises and gets destroyed in its turn (and I am an Old who remembers Usenet), there are two constants:

1. There's an airline-like consolidation that herds us into fewer and fewer spaces where we can be more intensively scrutinized and monetized.

2. There are fewer and fewer places to be multiple people--that is, playful and irreverent in one place and a Serious Professional in another.

Off-topic: a PSA about dementia in the elderly

My mind isn't on writing right now; it's about dealing with the last of the family members with dementia (the other three are now gone).
TL;dr #1: It takes all the brainpower, cleaning power, and energy of one fully capable adult human being every day to keep a person with dementia going--all the doctor visits, phone calls, medications, and hours of conversations, not to mention keeping the elderly person from smoking near the oxygen apparatus that keeps them alive.

TL;dr #2 There is a miraculous pillminder  that locks and dispenses the right medication at the right time, because the person with dementia will otherwise spend hours rearranging medications that could kill them if they take too many. If the meds are in an openable pillbox, they will snap at you ("I know what I'm doing!") if you protest the rearrangement. The miraculous pillminder takes away all the arguments.

Anyway. I do love this person but had to express a little of what's been going on. I will probably *poof* this because it's not on topic. Sorry to be so gloomy, but thanks for reading!

I know I've written about Robert Caro before, but I'm about to dive into On Working. Here's a roundup of recent articles by and about him:

First, a tidbit: Caro writes in longhand and then on a typewriter:


It's because of something that was said to me at Princeton by a professor, a very courtly gentleman, Southern gentleman, who was my creative writing teacher. Every two weeks we'd hand in a short story. I was in his course for two years. For two years he gave me high marks, but I always did these short stories at the last minute. ... I would always start at the last minute and just type, because I could write very fast.

At our last session, he hands back my short story ... and he compliments me, and as I'm getting up to go he says, "But you know, Mr. Caro, you will never achieve what you want to achieve unless you stop thinking with your fingers." ...

But when I quit to do a book, and I began to realize how complex the story of Robert Moses was; I said I must make myself think things all the way through, and the slowest way of committing your thoughts to paper is by writing in hand. So I write three or four or more — sometimes I write a lot of drafts in hand. Then I go to my typewriter and that's how I write.

As with George R. R. Martin, at some point in every interview, the interviewer comes up with something like "Mr. Caro, you're 83 and still projecting your next book on Johnson. Don't you think you ought to get a move on?" The one from the NYT is this:

What does it mean to know that there is a group of people out there having the somewhat morbid concern that you might not finish your book before you die? It’s hard to avoid that. Every time someone does an article on me it’s there.


Caro's response is basically this: "You've got me there, but really, that's your problem."  In other word, the process of writing takes what it takes. He's got 99 worries but mortality isn't one.

As I get back to writing after a month of various elder care crises and chaos, I find this comforting.