Apparently I am thoroughly sick of writing about academic topics this summer, so let's talk, or link to articles about, brains--sweet, nourishing brains.


"So far, this study—which has examined 13 creative geniuses and 13 controls—has borne out a link between mental illness and creativity similar to the one I found in my Writers’ Workshop study. The creative subjects and their relatives have a higher rate of mental illness than the controls and their relatives do (though not as high a rate as I found in the first study), with the frequency being fairly even across the artists and the scientists."  I would only say that, from talking to people who have worked in psychiatric wards, the reverse is not necessarily true: madness does not necessarily mean creativity.

By the mid 1990s, however, Marcus Raichle of Washington University in Saint Louis and his colleagues had demonstrated that the human brain is in fact a glutton, constantly demanding 20 percent of all the energy the body produces and requiring only 5 to 10 percent more energy than usual when someone solves calculus problems or reads a book.  . . . Related research suggests that the default mode network is more active than is typical in especially creative people, and some studies have demonstrated that the mind obliquely solves tough problems while daydreaming—an experience many people have had while taking a shower. Epiphanies may seem to come out of nowhere, but they are often the product of unconscious mental activity during downtime.

“I think both groups are using different strategies,” Dr. Lotze said. It’s possible that the novices are watching their stories like a film inside their heads, while the writers are narrating it with an inner voice.

The caudate nucleus is a familiar part of the brain for scientists like Dr. Lotze who study expertise. It plays an essential role in the skill that comes with practice, including activities like board games.


But psychologists and neuroscientists say it is far too soon to declare handwriting a relic of the past. New evidence suggests that the links between handwriting and broader educational development run deep.

Children not only learn to read more quickly when they first learn to write by hand, but they also remain better able to generate ideas and retain information. In other words, it’s not just what we write that matters — but how.

“When we write, a unique neural circuit is automatically activated,” said Stanislas Dehaene, a psychologist at the Collège de France in Paris. “There is a core recognition of the gesture in the written word, a sort of recognition by mental simulation in your brain.

“And it seems that this circuit is contributing in unique ways we didn’t realize,” he continued. “Learning is made easier.

Do you remember (and share) your dreams? A sort-of poll.

Still not ready to write a real post, but after Spouse patiently listened to another of my dreams, he offered this: "You know, in talking to various men, they all say that their wives tell them their dreams but that they rarely dream or rarely remember it if they do." Obviously dreaming itself can't be a gender-linked thing, but what about remembering dreams and wanting to tell someone about them?

So, commenters: Do you remember your dreams? Do you tell them to someone or maybe write them down?
Posted by undine at 3:17 PM 13 comments:

Is it done yet?

It's the phrase you love to hear, because it means that someone is paying attention to the infernal manuscript, and the phrase that, next to "are we there yet?", you probably hate the most, if you have to answer "no."

I am in the same boat as Dr. Crazy: not writing on the blog, despite that long post on Joyce Maynard/J.D. Salinger, because I'm trying to get writing done. And like her, I've figured out some things I can ignore. 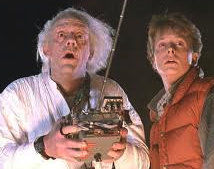 Posted by undine at 8:13 PM No comments: