Addendum: I'm also tired of "if you can't effect major social change, do nothing," or a Twitter attack on Little Free Libraries

Okay, the next post will be about writing or something, I promise.

But I came home after a full day and a long drive to see this on the news and on Twitter--on the traditionally slow "news dump" time of Friday afternoon:
And this is just an hour's worth of news.

But what's most important? What's A#1 on the radical librarians' agenda this evening? (Google them if you want to. I don't want to give them the link.)

That's right, the little free-standing book houses where you can take a book and leave a book. Where little kids can get books for free (and so can adults).  Where someone in your community cared enough to put the time and effort in to reach out to neighbors.

They make people feel good without a radical tearing down of the oppressive structures that enable systemic privilege blah blah blah and you can fill in the rest of this speech yourself.  True enough.

But shouldn't a small good get the benefit of the doubt?

I'm tired of the false equivalence thing not only because in the media it gave us Trump (Hillary's emails! Hillary's emails!--remember that?) but because in giving equal weight to horrible things like white supremacy and the trans ban and things that just aren't quite correct enough, like the Little Free Library, we're squandering an opportunity.  And with things the way they are, we don't have the luxury of wasting opportunities to set things right.

How can we write in the current environment?

I saw a tweet the other day that said something like "I hope I can put the 6 hours a day I spend watching the news about the U.S. destroying itself on my annual review."

Amen to that.  I know that this is a first world/academic world problem, and it's insignificant in the face of what Charlottesville has suffered and what continues to happen throughout the country,  but it's a problem nonetheless.

How do we keep calm and carry on, as the Brits say, when there's a fresh !@#$show every time we open our laptops? How can we develop consecutive thoughts about research when the country is being run on the reality show principle that every day is an escalation of the worst of the day before? When Nazis are back and racism is horrifyingly endemic? I might be ripped apart for saying this, but we were making progress on racism. Obama did give us a sense of hope. Now the president endorses white supremacy, and the Congress does nothing? Is this the United States?

And what if we are horrified by what's happening but express ourselves incorrectly? For example, Tina Fey did a sketch recently about eating sheet cake to drown out stress or to satirize people's desires to turn away rather than to protest. I didn't think it was hilarious but thought it was okay--until social media tore her a new one, pointing out the parallels to Marie Antoinette, branding her with the most heinous of insults--"liberal" and "neoliberal" and "racist"--and generally taking her down.

It feels disloyal or traitorous, somehow, to write about something other than the events that are happening around us. About the only non-news things on Twitter, for example, are those that are put out by twitterbots, which would churn out tweets if the sky was falling, which it kind of is.

If we need to write about our actual research, we seem unfeeling or uncaring (we're not). Ditto for teaching, with each fresh tragedy appropriately bringing with it a "syllabus" to teach resistance to the Nazis. Yet we have obligations that demand other kind of content, and we have to consider that, too, don't we?

I have research-related posts and writing that I want to do, but I keep thinking I'll wait for the !@#$show to end or at least die down. Like the never-ending heat this summer, though, it never does. 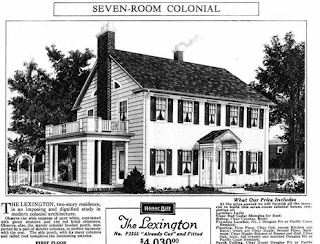 Catching up and current events

While away, I barely looked at the news. It is always depressingly the same:  the President is a crazy person who threatens all our lives with his stupid, showy, dangerous posturing, the only certainty of which is that he times each new outrage to the daily 24-hour news cycle before moving on to the next. In the meantime, his administration guts the hard-won protections (EPA, health care, women's rights, voting rights, the social safety net for the elderly, immigrants, the poor, and the rest) that keep  us functioning.

And then the white Nazi terrorists at Charlottesville, and seeing the brave students standing up against Nazis. In this country. (And the President, who uses Twitter as a flamethrower against movie stars and dictators as crazy as himself, says nothing lest he disturb his Nazi followers, but enough about that.)

How is it that random violent idiot terrorists--er, "low-information voters for Trump"--can dress in camo and patrol the streets with assault rifles, which we're not allowed to call assault rifles officially because the NRA has a fit, as if this is a normal thing to do?

And, while we're at it, why can't the CDC track gun violence as a public health issue, which it definitely is? And why is concealed carry in classrooms permitted in ten states? (Wait! I know the answer to that one, and I'll bet you do, too.)

People are being raked over the coals on Twitter for asking questions like "how did we come to this?" and "what can we do?" so I won't ask those.

But I do think about people of my parents' generation, the older ones of whom fought in World War II. A close family member was a pilot and flew during the D-Day invasion and the Battle of Remagen. Other families have heard stories from Holocaust survivors.  Did we really go through all that to have Nazis here in this country?

I know that the U.S. has a fraught history of racism and isn't close to perfect. But we are better than this and need to show it.