NY Times: Books You Can Live Without

It's that time of year again, when you clean out your bookshelves in preparation for the new year, (or maybe you just want to forestall anyone submitting your name for future episodes of Clean House or Hoarders).

"Books You Can Live Without" asks several famous writers how they decided to clear out their libraries. Shorter version: (1) books I'm never going to read again; (2) outdated reference books; (3) books I'm tired of pretending that I'm going to read some day.

In a fit of cleaning not long ago, I did a version of this and got rid of a bunch of books, though not without a few pangs. Some I took to the used bookstore to be traded in for store credit (so I can buy more books, of course!) and some I took to Goodwill. Some, sadly, I couldn't even give away: I had to leave copies of old textbooks in the "Free" bin at the bookstore. I usually put them out on the Free Books table on campus, but I wasn't on campus this semester.

I needed to think about each book, but some were easier to chuck than others.
But even though they might not pass the "will you read it again in 100 years test," I kept a lot of books. What are your criteria for getting rid of books, assuming that you have to get rid of some?

*[In case it isn't obvious, I think the whole idea is highly insulting to other cultures.]
Posted by undine at 12:27 PM 10 comments:

Email ThisBlogThis!Share to TwitterShare to FacebookShare to Pinterest
Labels: books

Random bullets of the season

Happy holidays, everyone!
Posted by undine at 8:59 AM 7 comments:

Some wise man has promulgated an eleventh commandment, "Thou shalt not preach," which, interpreted, means, "Thou shalt not instruct thy neighbor as to what he should do." But the Preacher is always with us. Said one to me: "Thou shalt parcel off thy day into mathematical sections. So many hours shalt thou abandon thyself to thought, so many to writing; a certain number shalt thou devote to household duties, to social enjoyment, to ministering to thy afflicted fellow creatures." I listened to the voice of the Preacher, and the result was stagnation all along the line of "hours" and unspeakable bitterness of spirit. In brutal revolt I turned to and played solitaire during my "thinking hour," and whist when I should have been ministering to the afflicted. I scribbled a little during my "social enjoyment" period, and shattered the "household duties" into fragments of every conceivable fraction of time, with which I besprinkled the entire day as from a pepper-box. In this way I succeeded in reestablishing the harmonious discord and confusion which had surrounded me before I listened to the voice, and which seems necessary to my physical and mental well-being.

from "In the Confidence of a Story-Writer"
Posted by undine at 9:50 AM 4 comments:

“Most of the professors who teach at the university level have had no experience with pedagogy or instruction in general,” says Janet Buckenmeyer, chair of the instructional technology master’s program at Calumet. “They’re content experts, not teaching experts." . . . Since most professors have spent their lives holding forth from the front of a lecture hall, many have not had to engineer their lesson plans with the sort of rigor required of a well-designed online course, Buckenmeyer says.

Puh-leeze. Not again. Most professors "holding forth in front of a lecture classroom" without a clue about teaching? Can't they let this monster die, along with the "teaches with yellowing notes from 1963" deadwood professor? They're like Bigfoot: everyone has heard of him, but nobody's actually seen him. There may be some, but this is more a 30-years-ago situation than the case today, isn't it?
Here's what I'd like to tell the "education consultant": While university faculty may not have taken education classes, most of them have been taught or have learned to teach well through observation, mentoring, talking with colleagues, and, well, the kinds of critical thinking that we apply to research.
Think about it. No one wants to fail at teaching, and it'd be a rare person indeed who wouldn't spend massive amounts of time figuring out how to succeed--that is, how to engage the students, construct good assignments, and so on. We're eager to find out different ways to do things, different techniques, and different assignments. We look at what's worked for online and traditional courses and reverse-engineer them so that we have the principles of a successful course as we design our own. We want to improve.
We know already that we need to have a sense of the goals for the class and what our students need to do to attain them. We also know to let them know what those goals are and what our expectations for them will be.
What I haven't liked about my dealings with "educational consultants" is this: they have a one best way to do everything (sorry, but that's my experience), and even if you have a better way, they don't want to hear it. Blackboard is the One Best Way. Using a rubric defined by them is the One Best Way. Having a pointless splash page with nothing but the course title instead of announcements on the main page is the One Best Way to set up Blackboard. And they're patronizing about it, too, as they inform you about how wrong you are--again, your mileage may vary.
So I read with interest Clio Bluestocking's run-in with a consultant who wants all the online sections of a course to be identical and--here's the thing--unchanging, with a "designing instructor" and lowly underlings non-designing instructors who can grade but not change anything about the course:

In short, we are not stupid. We want to be good at what we do, and, guess what? many of us are. Please do us the courtesy of believing that we know a thing or two when we seek your advice instead of telling us that we are mere "content experts" and not "teaching experts." For what it's worth, I don't think you can be one without the other.
Thoughts?
Posted by undine at 12:58 PM 23 comments:

Apparently I can't get enough of the whole "writers on writing" thing, so here are Robert Caro's thoughts from this month's Esquire (in the "What I've Learned" series). I haven't read his Robert Moses bio or Master of the Senate but I really liked The Path to Power.

As this sabbatical winds down, I'm doing two things:

1. Obsessively checking the enrollment stats for next semester's courses. Here's an academic conundrum: I (and we, really) want the courses to fill, because, like Sally Field, I want reassurance that "they like me! They really like me!"--conveniently ignoring that what they like, really like, may be a noon class or whatever fits into their schedules. Yet more students = more grading authentic assessment and hours of time devoted to it next semester. But I still can't stop checking the stock market of enrollment, as someone called it a few years back.

2. Frantically trying to get some more writing done before it ends while realizing how woefully short I've fallen from the rosy sabbatical plan I laid out.

What the sabbatical has given me more time to do is harder to measure than a simple word count. It's allowed me to read more, including primary texts, than I've been able to do in years, and it has allowed me to conceptualize the work I'm doing in a different way.

Here's an analogy from, you guessed it, Mad Men. In rewatching Season One, I noticed that amid all the retro flash that had the critics agog, every time the copywriters brought something to Don Draper (the creative director, for those who aren't MM fans), he'd ask them two questions about the product before pouring himself a drink. The first one was "What are the features?" and the second one was "What is the benefit?" The copy they produced had to make sense in terms of both of those questions.

As we all know from the Microsoft jokes ("It's a feature, not a bug!"), they're not the same thing. The first part, I think, appeals to the "ooh, shiny!" brain area, but the second one, the benefit, is the real reason for creating the product in the first place--or should be. One of the things that the sabbatical has let me do is to think more seriously about that second question in relation to the project I'm working on: not just "how is it different?" but "what is the benefit in thinking about the entire concept in this way?" I had ideas about this before, of course--no one writes without a purpose--but I've been able to think about it in more different ways, and, I hope, more creative ways that I'd done before. And although the report I write after I get back from sabbatical won't mention Don Draper or indeed this kind of thinking, it's one of the most valuable things that the sabbatical has given me.
Posted by undine at 9:45 AM 3 comments: 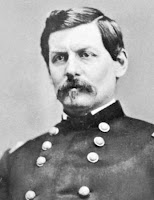 I agree entirely with her main point, but the "one day" or even "two day" timeframe gave me pause. That pause was filled with writing speed envy.
Book reviews--okay, yes, those can be done quickly. Blog posts--nobody drafts those ahead of time, do they? Reports? Piece of cake. I can churn out administrativese at the speed of light.
But encyclopedia articles, even when I know the material, take time (at least at a slowcoach writing speed), which is why I've been turning them down lately. Here's what goes through my head with every single sentence:
1. Is it true? Am I misrepresenting the subject or the text in some way?
2. Is it useful? Is there a better example that I could use?
3. Is it new? Or am I just unconsciously plagiarizing myself or someone else?
4. Does it explain the concept efficiently and (let's hope) gracefully?
5. Does it relate to the sentences around it?
6. Does it hit the right balance of detail to generality?
Most of these questions apply to regular scholarly writing as well, which is why it's possible to wrestle with writing and rewriting a paragraph for an entire four-hour period and still not be entirely satisfied. But it's good to have comparisons of how it could be done if I were more efficient. If I don't speed up, someone's going to remove me from the Peninsular Campaign.
Posted by undine at 3:05 PM 8 comments: