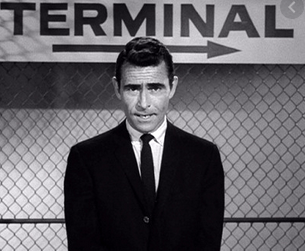 Posted by undine at 2:32 PM No comments:

Every year, like everybody else in the world (pretty much), I make resolutions. Every year (ditto), I fail to live up to them.

Why make them, then?

Because not to even try is to give up, and all of life is about not giving up. Mary Pickford decided at some point that she had done enough hard work in her life, which lord knows she had, and retreated to her bed and to alcohol after a certain point. Jack Warner's second wife barely came downstairs for the last few decades of her life because she said she was done with entertaining. I understand feeling as though you deserve a rest, and certainly they had enough money to do whatever they wanted, but this kind isn't good for anyone.

I also don't mean beating your head against a brick wall if you have clear evidence that something's unrealistic or not working. As Megan's mother Marie cruelly but correctly said on Mad Men, the world could not support that many ballerinas.

So here are a few resolutions for the new year, some of which--ahem!--you may have seen before.

File under "everything old is new again":

1. Lowering FB use. About three weeks ago, I went on Facebook, experienced an immediate stress reaction (think twitching eyes and breaking out in a cold sweat), posted a "bye for now!" message, and stayed away until yesterday. Discovery: checking in every couple of months is plenty. I'd quit it entirely except that it's the only way of finding out about (and disseminating information about) family events.

2. My creativity and writing energy is still best at night, but it's unsustainable to write until 11 if you wake up without prompting between 4:30 and 5 a.m. Spouse says I am sleep-deprived when I do this, and the fact that I fall asleep instantly if I sit down for more than a few minutes suggests that he's right. I'm going to try again to show up for writing in the mornings.

3. Recognizing again that any kind of writing takes what it takes in terms of time and mental energy. It might take others only a few hours to put together a conference paper, or so they tell me when they tease me about spending 30 hours on it (I logged them). If it takes me 30 hours--and they're not wasted, because the time is spent in really thinking about the material--I have to accept that that's what it takes and not beat myself up for not being able to dash it off. 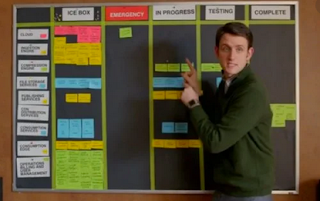 1.  Now that I have actual research assistants and projects to manage, I've been exploring Trello, Asana, Excel spreadsheets, etc. as a means of tracking tasks. Is it worth putting together a "scrum board" like this one on Silicon Valley for my own projects as well?

2. Recognize that the feeling of relief after finishing something is far more fleeting than the months of dread that went into writing it and stop doing some kinds of tasks (book reviews, which are not worth the dread).

3. Keep track of the books I read for pleasure, and, since most of them are biographies or histories related to work anyway, make notes about them.