Dear Blackboard: I have the course materials online and a course blog and a Twitter presence. No, I do not plan to click through eight kajillion menus and watch yet more instructional videos in order to put everything in your course space. That goes double for all the "Partner" for-pay sites that are much more prominent in your interface than how to do simple tasks like setting up the gradebook.

Dear Facebook: I am so much happier now that I've gone cold turkey and given you up at least for the time being. Then some professional thing will drag me back in, like Michael Corleone, and you can go back to making me sad again.

Dear Writing Progress spreadsheet: You are showing me, right there, why I should never agree to do a "little" piece that is not directly related to a current project. You show two weeks of writing and another week of pointless angst before I could get started. It turned out well in the long run, but all that pointless angst could have gone to a new project!  Lesson learned, I hope.


Dear Morning Self: This is just a reminder that if you half-read something and fire off a measured and polite but stupid response to a group of people, you will cringe-- because "stupid." Enough with the shoot first, aim later approach to email.  Save yourself the grief and don't respond.

Dear Future Self: There are two big national conferences at the same time next spring, one all the way across the country and one a short plane ride away.  Both have exciting work in your field. You want to apply to the far-away one, but next spring, you will wonder what you were thinking. Do yourself a favor and submit the proposal for the one that's closer.

Dear Colleagues and Students: It would sound sappy to say that your enthusiasm and good humor make the whole back to school process so much easier, so I won't say it. But it's true.
Posted by undine at 4:16 PM 4 comments: 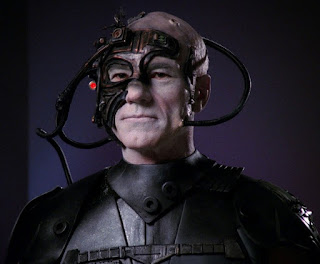 Posted by undine at 7:44 AM No comments:

Update: Jeff Bezos is shocked, shocked at Amazon's practices--but ends up confirming them

Just a follow-up to the NY Times piece: in a new article, Jeff Bezos says he "doesn't recognize" the dystopian workplace described there. Want proof?

What keeps everyone motivated? According to Bezos, it's because The people we hire here are the best of the best. But note this:


An Amazon spokesman previously confirmed that the company manages out a pre-determined percentage of its workforce every year. The engineer also quotes an unnamed senior executive telling an all-hands meeting, “Amazon used to burn a lot of people into the ground.”

So if you don't want to be one of the ones "managed out" or ranked and yanked, you know what you have to do.
Posted by undine at 9:21 AM No comments:

The Amazon model: coming to a university near you?

The New York Times article "Inside Amazon"  led me to think up this little riddle:

Q: What's the difference between living in Westeros (Game of Thrones) and working for Amazon.com?

A: In Westeros, you still fight 24-7 for survival, but they can only kill you once.

Here's a quiz to see if you would fit in at Amazon.com.

1) You develop a serious illness, or give birth to a child, or have someone close to you die, so your productive work hours slip to 85 per week.  What can you expect from Amazon, the company whose initial answer to warehouse workers' keeling over in 100-degree heat wasn't air conditioning but having ambulances (and no doubt pink slips) waiting outside for the fallen?

a) Supplemental paid leave
b) Flex time for completing your work
c) You'll be fired or forced to quit.

2) You collaborate with others to make a better product or to ship something faster, but Amazon uses "stacked ranking" or "rank and yank" where everyone is ranked frequently and people are fired after every ranking. You

a) Defend your team and the product
b) Explain the long-term benefits to the company
c) Anonymously report the person you want fired on the company's special feedback software, helpfully included in the worker directory along with pre-written derogatory messages; you can also gang up with your fellow Targaryens to sink someone, since these are pasted verbatim into the victim's performance review.

a) the next morning
b) Monday morning
c) within an hour, or else you'll start getting text messages on your phone--that you pay for yourself--asking you why you are so slow

4) Which of the following statements is false?

a) One worker reported seeing people crying at their desks as a common sight.
b) Some companies are reluctant to hire former Amazon employees because they're known as "Amholes" for their combative ways
c) Jeff Bezos is truly sorry for this culture and wants to build a kinder, gentler workplace.

Kidding!  Bezos is proud of the "purposeful Darwinism" that drives people to ulcers and to quit.

What does this corporate horror show have to do with the modern university?

I keep seeing in The Chronicle, Inside Higher Ed, and in statements from various administrators at various places things like the following:
Maybe I'm being too alarmist; there's hope, after all, in the movement for decent salaries and benefits for non tenure-track employees. And the university is still a place that, as all the mission statements say, upholds humanistic principles.

But this gave me pause:


Soon the tool, or something close, may be found in many more offices. Workday, a human resources software company, makes a similar product called Collaborative Anytime Feedback that promises to turn the annual performance review into a daily event.

This is the Judas software that allows workers to backstab one another anonymously "anytime," as the name promises. In the shiny widgets arms race that universities seem to have adopted, I'm hoping this is one product that will fly beneath their radar.

And kudos, by the way, to the NY Times reporters Jodi Kantor and David Streitfeld for such a good article, and to the brave Amazon and ex-Amazon workers who spoke out despite a Bezos gag order.
Posted by undine at 11:40 AM 2 comments:

At ChronicleVitae: Work Less. Play More. What are your ways of doing this?

At ChronicleVitae, Allison Vaillancourt advises readers to work less, play more, and get some sleep:


The most striking finding from my unscientific research study was the theme of rituals and routines. Every single person described something they do on a regular basis in order to maintain a sense of calm and focus. For some, their routines were things you might expect — daily exercise, a strict bedtime, a meditation practice, a healthy breakfast, or a nonnegotiable dinnertime with a partner or family members.

All academics know that, next to a cult of "smart" ("that was such a smart paper" or "she's doing such smart work") we've made a cult of being busy, most of which goes with the job but some of which is self-inflicted. No one wants to be the person who isn't busy, because if you're not busy, how can you be smart?

Vaillancourt has a roundup of ways that people she knows accomplish this kind of self-care, including scheduled quiet time and an app called Habits Wizard.  Although the last thing I need is to have one more app running my life, the point is that if it works for you, you should try it.

I'd only add that if your routine involves other people, like a quiet dinnertime without dogs milling around and stealing food off the table (family drama on a recent vacation, now resolved*), it's important to have buy-in from the people it involves.

In looking at Vaillancourt's suggestions and those of her respondents, a few things seem to be essential: (1) ritual or routine; (2) quiet time; and (3) restricting access to yourself during those times.
Some of the ones she mentions are ones I'd like to incorporate more regularly, like looking at the stars on a regular basis rather than sporadically. What other self-care practices would you recommend?


*Resolved by me finally keeping my mouth shut about wanting to keep the dogs out when we eat, because it's only for a week and I'm already seen as the family lunatic for being bothered by this.

Random bullets of here, there, and everywhere

Posted by undine at 8:43 PM No comments: