Over at the New York Times, "Plot Thickens as 900 Writers Battle Amazon" informs us about the Hachette Publishing/Amazon struggle. 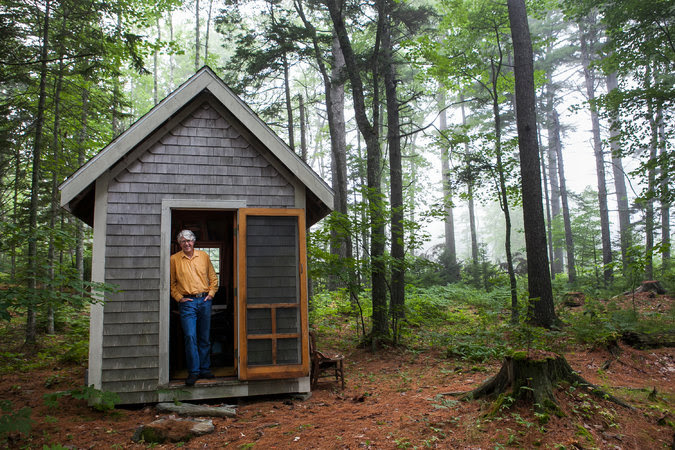 I know that this is an important controversy, but what the NY Times published and what I read were two different things.

ROUND POND, Me. — Out here in the woods, at the end of not one but two dirt roads, in a shack equipped with a picture of the Dalai Lama, a high-speed data line and a copy of Thoreau’s “Civil Disobedience,” Amazon’s dream of dominating the publishing world has run into some trouble.
Douglas Preston, who summers in this coastal hamlet, is a best-selling writer — or was, until Amazon decided to discourage readers from buying books from his publisher, Hachette, as a way of pressuring it into giving Amazon a better deal on e-books. So he wrote an open letter to his readers asking them to contact Jeff Bezos, Amazon’s chief executive, demanding that Amazon stop using writers as hostages in its negotiations.

I was wondering how he got the "high speed data line," and just how high speed it is. The reality that internet speeds are often slow in rural areas is one of the impediments to my engaging in fantasies of isolated writing/living spaces. I'm not overly concerned about relying on septic tanks and wells (I've already done the former; could handle the latter with some power backup), but I don't think I'd deal well with trying to use the current web over a dial-up-speed connections (and I definitely couldn't teach online classes, or even LMS-dependent classes, which all mine are these days, that way).


I'm sorry, did you say something?

Contingent Cassandra--it doesn't look like a place where he lives all the time, but yes, the whole septic system thing and high-speed internet in rural places needs to get addressed in the article. My response to the article was kind of like this: "Come on, NYT, do your job and report more details about the writing house."