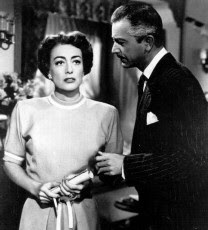 As I was driving to work the other day, I started thinking about how professors' jobs and campus life generally were depicted in old Hollywood movies. Of course, there are more recent depictions: what about Ross from Friends, who held down a tenured position at NYU while having oodles of time to hang out at the coffee shop and got articles published without ever spending five minutes in writing them? The old ones, though, seemed to have a set of rules.

Have I missed any college cliches? Are there any new variations?
[Edited to add: Kiita has a good post on this with a lot more (and a lot more recent) films at chasing the red balloon: The thing to determine conclusively is whether you are in a comedy or a tragedy..]
Posted by undine at 12:51 PM

Kimberly Alidio said...
This comment has been removed by the author.
2:49 PM

I'm not so much the old movie type, but I think that male professors, particularly male English Professors have a great deal of sex with their students, particularly "hot" female students who are not doing so well in their classes. The Life of David Gale is the film that most recently made me spit nails about this, but Oleanna shows up there, too. I'm fairly certain there are lots more examples of these.

What I cannot tell is whether these examples are symptomatic of a kind of panic about the humanities classroom, or of the fact that the screenplays were written by former English grad students with rich and misogynistic fantasy lives.

The more recent ones seem solely to present a fantasy space for wild bacchanalian parties. Or be about the urban legend that if your roommate offs himself you get all As.

Or there's _A Beautiful Mind_, which keeps to the "have to marry our hot undergraduate" rule but adds insanity to spice up the mix. I did like though how it tried to show a real love of math and inquiry in general as a part of (professors' if not college) life.

I think that's it, Horace: who's more likely to write those screenplays than former English grad students with "rich and misogynistic fantasy lives"? Some of those movies also seem to suggest that English professors have way too much time on their hands. Maybe that's why, as sisyphus says, they depict the campus as a fantasy space.

The awakening of same-sex desire in women English professors is a trope of 1980s-90s lesbian movies. It's a variant of the male prof-female student dynamic in the exploitation of the supposed split between mind and body in the academic figure.

On the subject of the college campus, is there a classroom scene that isn't laughable? Or department meeting, or even research?

ps -- That was me who deleted a comment. I worried that my comment was too self-promotional because it referred to a post on my own blog about movies and professors.

I did say that I will netflix some of the older movies. I haven't heard of many of these.

Don't forget the alcoholic entertainment, as in *Wonder Boys*.

Inside the Philosophy Factory said...

My modern favorite is from a pretty terrible movie called "Listen to Me", with Kirk Cameron. It is all about debaters in college... on a campus where the debate coach is more powerful than any athletic coach.

As a debate coach who only got 3 credits release time last year (in my fourth year coaching), I had to laugh when they actually say, "the debate coach is the most important person on campus".

Kiita, which post of yours had the college movies in it?

From what I've heard about coaching debate, it takes about 25 hours a day, philosophy factory. What was it horace said about wishful thinking in these movies? Maybe for the time invested they should be the most powerful people on campus.

This is fun. And I need to actually see some of these movies.

Maybe everyone should start discussing them in the Chronicle, or Profession, or other workplace oriented, uh, publications.

Naw, the Chronicle isn't about to write about anything fun and substantive when it has such a limitless supply of whining "First Person" essays already on hand.

Regarding the cinematic "poverty," I'm totally with you there. Although I've had occasion to reflect that the sartorial stereotype of "tweed jacket with suede patches on the elbows" probably actually came about because the professor in question couldn't afford to buy a second jacket?

Also, TV professors always seem to have enormous wood-paneled campus offices. I'd like that much more than I'd like a maid, thank you very much.

Notorious, good point about the patches on jackets. And sign me up for the wood-paneled office, too!